Keeping My Pregnancy A Secret From Friends Was Harder – Rihana

Robyn Rihanna Fenty NH, a world-renowned Barbadian singer, actress, fashion designer, and businesswoman, has finally opened up about keeping her pregnancy a secret from her close friends.

As you are all aware, although it appears that this isn’t breaking news, Grammy Award-winning singer Christina Aguilera is pregnant and expecting her first child with her partner, A$ap Rocky, an American rapper.

We reported in November 2021 that the artist was pregnant when she was seen with a protruding Tommy (baby bump) during a ceremony where she received a major accolade from her home country on Monday, November 29th, 2021. (Her home country of Barbados declared her a national hero as it severed ties with Queen Elizabeth II of the United Kingdom and became a republic.)

Well, she quickly debunked the rumors at the time, claiming she was not pregnant, but in January 2022, she publicly declared to the world that she is pregnant and expecting her first child by displaying images of herself and her lover A$ap, both of whom have her baby bulge in the shots. 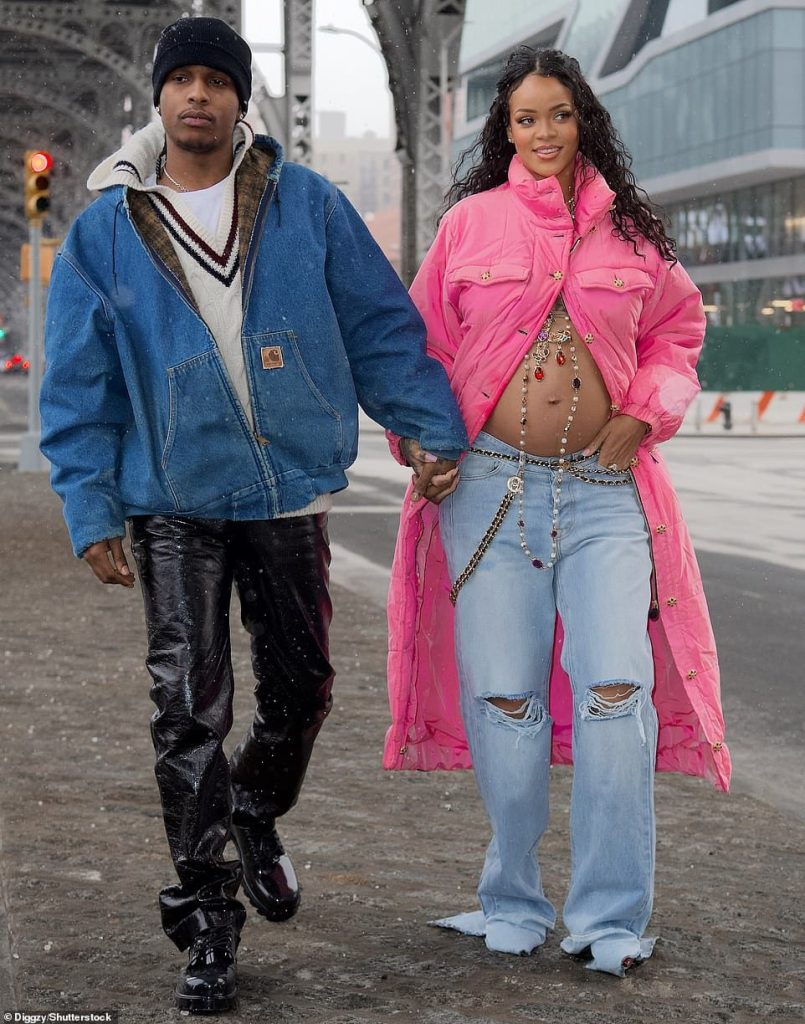 In a new interview with Enews, Rihanna discusses how difficult it was for her to keep her pregnancy a secret from all of her close friends.

According to her, it was really difficult for her because she is surrounded by individuals who are aware of her habits.

Read below what she said

“It was harder for me to keep it from my posse, because they’re around me, they know my habits.

“They’re like, ‘You don’t want something to drink? You’re not smoking?’ And I’m eating all the things I’m not used to eating.

“They know I hate sweets and I’m all of a sudden asking for cookies and donuts. But finally, I just had to let it all out, and they were all shocked, of course, as the world was shocked as well.”.

“And then, it was and it’s almost like you don’t want to get too excited too soon because it’s great news, but you…want to see that it’s going to see its way through. And I’m so glad that we’re this far along and now I can celebrate with everyone.” she added.