Stephen Appiah, a former captain of the Ghana Blackstar, has finally responded to Abena Korkor’s claims that he had s3x with him.

Abena Korkor, a comtroversial social media celebrity, made some allegations on her official Twitter account that have had a lot of people talking.

She has always been in the headlines, revealing a long list of famous people she has slept with, including politicians, footballers, and members of the entertainment sector such as radio hosts, musicians, TV show hosts, and businessmen.

She revealed the names of Ghanaian footballers Stephen Appiah and Asamoah Gyan as part of a list of men with whom she has had sexual connections in a Twitter post.

“Fuck them being peoples’ husbands I am also a person. As I said, I am @doing as I wish like they did. They can continue the suit. You know very well I don’t keep sexual secrets then u come my garden. @Asamoahgyan and @Stephen Appiah step up your game.”

The former captain responded to the charges by asserting that Abena’s controversial tweet has no reality.

Stephen revealed this in a press statement, claiming that Abena Korkor’s publications are not only inaccurate, but also baseless and unwarranted, as well as malicious and whimsical.

He also stated in the statement that he has never been in a relationship with Abena and that their only interaction was when they met at a few occasions and she asked for his permission to snap photographs with him.

Stephen Appiah then went on to encourage the broader public to dismiss Abena Korkor’s assertions. 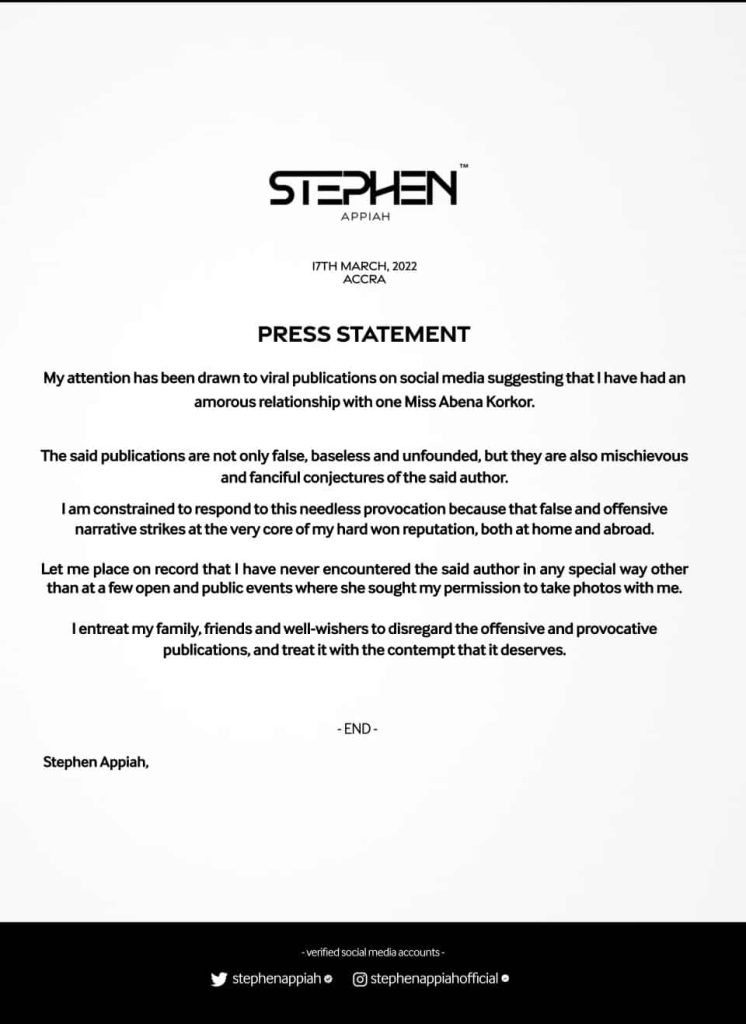