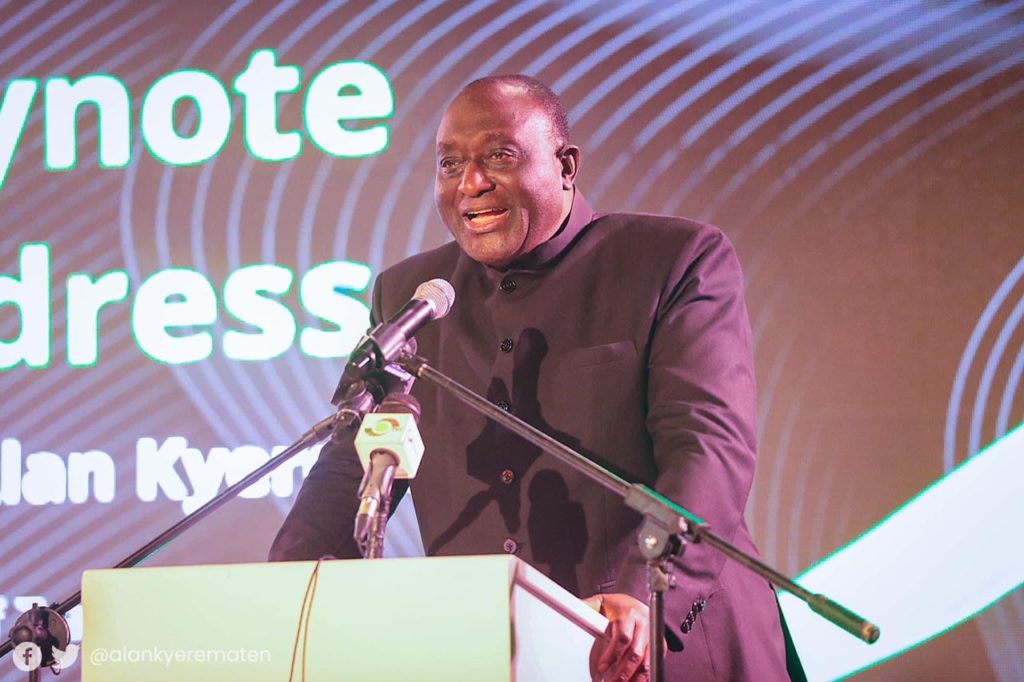 Alan Kyerematen, the Minister of Trade and Industry, has urged African leaders to prioritize trade and industry as critical to the continent’s development.

Alan Kyerematen advised African governments and stakeholders to focus on the trade sector as the missing piece in the continent’s growth puzzle.

The Trade Minister cited examples of how small and medium-scale businesses adopted measures to enable them to cope with challenges at the height of the COVID pandemic at the 13th World Trade Promotion Organization Conference & Awards ceremony on Tuesday, May 17, 2022, at the Labadi Beach Hotel in Accra.

“In terms of the economy, small businesses, huge corporations, and other organizations did not wait for the virus to pass before returning to work. Instead, with the help of technology, they were able to trial new business ideas, advertise their firms, and adapt to the changing circumstances.

“Everyone was inspired to use their imagination and ingenuity to make the best of the position they were in.” Micro, Small, and Medium Enterprises have particularly impressed me with their perseverance (MSMEs). Mr. Kyeremanten described their audacity and courage in taking on new company and ideas despite the possibility of failure as “incredible.”

In response to the urgent need for the economy to take off, the Minister called for a return to trade and industry as a method of reviving diverse sectors of the economy for rapid growth.

“If there was ever a time in human history when nations around the world needed ‘radical solutions for resilience and recovery,’ it is now. The events of the past two years, and especially the last few months, have had an amazing impact on social lives and the global economy,” he remarked.

Mr. Kyerematen stated that because MSMEs employ the majority of the world’s labor, it is critical that they be supported in order for their enterprises to succeed.

He asked conference delegates, as owners of Trade Promotion Organizations, to adopt new approaches to ensure the viability of MSMEs as a means of tapping into the continent’s large young population for development.

Running to the IMF is not the solution – Michael Cobblah

Inflation expected to fall in the next months – BoG