Manchester City won the Premier League with a spectacular late comeback against Aston Villa, scoring three goals in five minutes as their title hopes appeared to be fading amid dramatic scenes at Etihad Stadium.

Pep Guardiola’s team needed a win to secure their fourth title in five seasons, but they were facing the threat of finishing the season without a trophy after goals from Matty Cash and Philippe Coutinho put Villa 2-0 up and in command after the break.

Villa manager Steven Gerrard appeared to be on his way to helping his former club Liverpool win the title – until City turned the game on its head in a hysterical atmosphere.

In the 76th minute, Ilkay Gundogan, on as a substitute for Bernardo Silva, gave City hope with a far-post header, and two minutes later, Rodri drilled a low finish past Villa goalkeeper Robin Olsen. 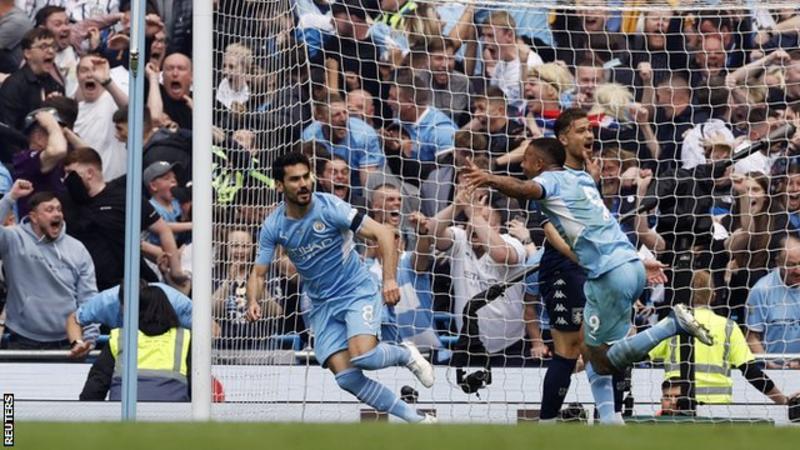 With nine minutes remaining, Gundogan scored at the far post to put City ahead, his vital contribution on this nerve-wracking final day.

As Liverpool defeated Wolverhampton Wanderers, City needed those three points, with Guardiola overtaken with emotion and crying at the final whistle.